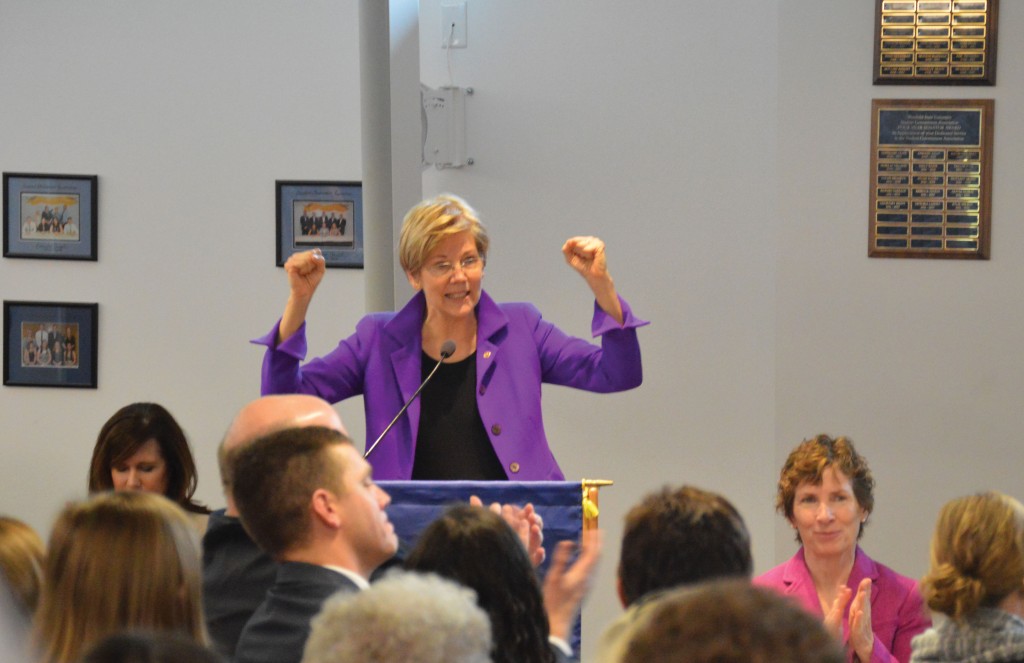 Warren is one of the leading figures in the Democratic Party and is currently working on the #InTheRed campaign. This is the first time in years that a United States senator came and addressed the Westfield State campus.

It was a packed event that caused both faculty and administrators to watch from an adjoining conference room. Many classes took advantage of the opportunity to hear Senator Warren speak and attended the event.

Ramon Torrecilha, the newly appointed president of the University, opened the event by addressing students and introducing Senator Warren.

“Your stories will help shed light to a very important topic,” said Torrecilha. The floor was then opened to students who shared their stories of hardship and their burden with student loans. According to Senator Warren, 70 percent of students have to borrow money in order to afford higher education. She stated that they end up paying 300 percent more than her generation ever had to pay. She estimates that there is $1.3 trillion of student debt, much of which will be very difficult to pay off.

Warren is working on bringing down the cost of higher education and specifically trying to reduce interest rates.

She introduced a bill “in the first 25 minutes” of being a United States Senator for students to pay almost the same rates as banks for their loans. The amount would be around 3.9 percent.

“This is about choices.” she said. “this is a problem we can fix.”

She stated calmly that the United States government is making a profit off of the loans taken out by students, and this is a problem that must be solved.

“We need to get active on this issue. We can make this change.” said Warren.