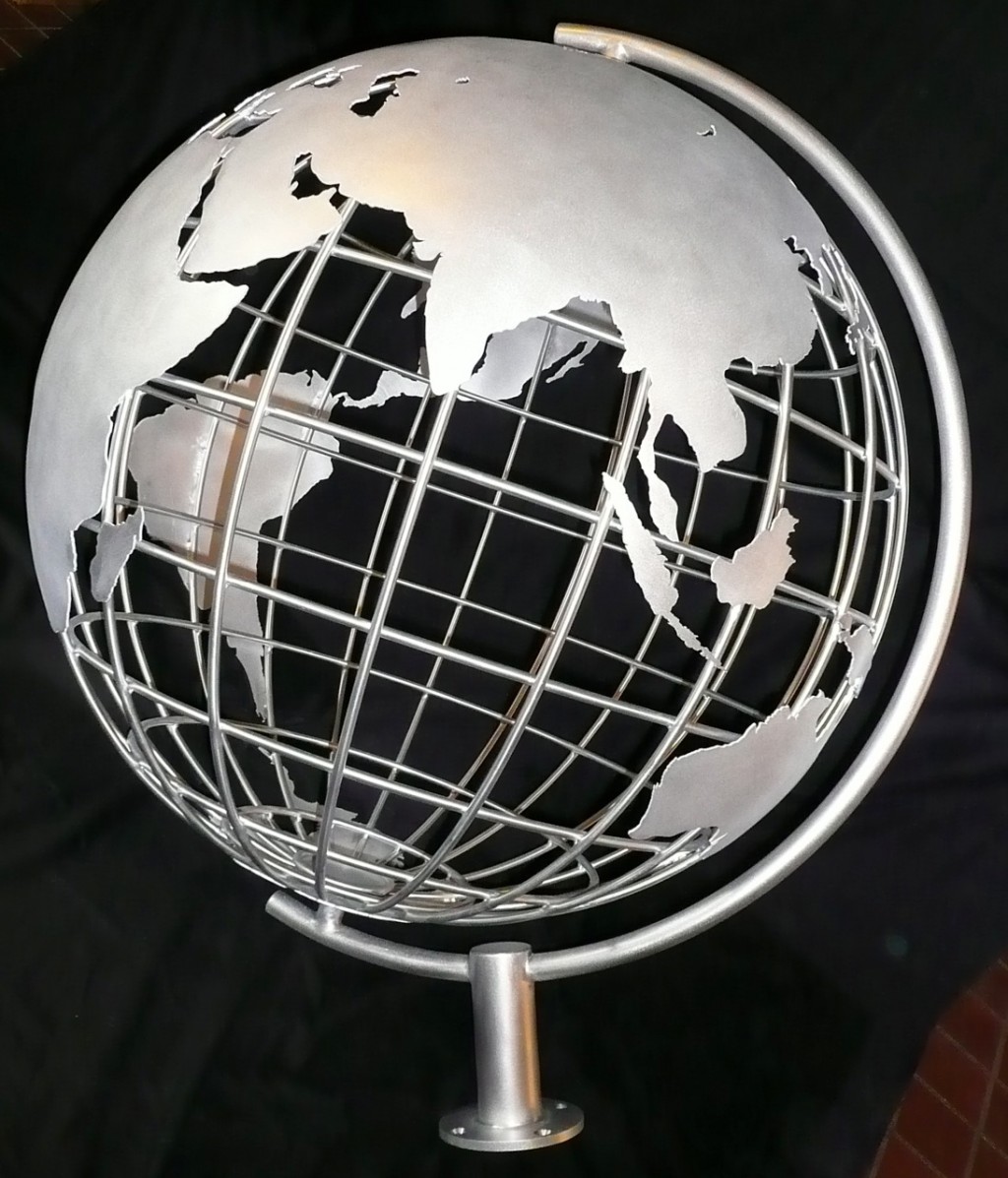 It was Sunday, February 1, 2015—a cold-but-not-frigid evening. Many Westfield State students were busy watching the SuperBowl, which left the Ely library nearly deserted. It was just quiet enough for Justin Connolly to work furiously and uninterrupted on his mountains of schoolwork.

He had been working diligently in the library for the better part of the evening, choosing not to watch the Patriots vs. the Seahawks with everyone else. He thought the solitude of the library would provide an environment free of disturbances.

And he was right, until there was one on the campus green.

Around 11 p.m., Justin began to hear loud, howling voices from people outside. His concentration was shattered, and he looked up from his computer like a mere cat. There must have been a mass of them—how many, he could not tell from his seat. But the shouts
were getting progressively louder, as if others were joining in. Justin began to notice that the noises were forming something repetitive: a chant. He strained himself to hear.

What could it be? He had a feeling, but he hoped he was wrong. Regardless, he had to see for himself.

Justin rose from his seat and strode across the black and gray carpet. He reached the tall windows of the Ely library—the ones that overlook the campus green—just in time to see the climax of the riot. Innumerable students were gathered around the globe, the campus-wide landmark that stood for much more than a symbol of internationality.

Students were rioting around the structure. Chanting. Cheering. Celebrating. The New England Patriots had won the Super- Bowl, apparently. Students were hanging off the sides of the globe. Some hopped over the barrier and climbed inside—occupying the core of the earth.

As the riot ensued, students began pulling at the globe more aggressively. When it finally broke from its pedestal, the youth in revolt erupted in chants for the Patriots and America in general, reveling in their apparent triumph.

From the other side of the glass, Justin helplessly watched the globe break from its hinges and swivel off its pedestal.

In that moment, Justin Connolly watched the world come down.

The riot ensued for about 30 minutes before Public Safety began to step in. The mob quickly dispersed, leaving a jumble of broken beer bottles, garbage, and a now-bent-out-of-shape replica of the planet on the campus green.

Of course, these students’ actions would not go unnoticed.
Administration was upset. In fact, most of the campus community was upset.

The next day, Justin received an email from at-the-time interim president of Westfield State Dr. Elizabeth Preston that was sent campus-wide. In her message, Dr. Preston expressed her disappointment in those who reinvented the concept of celebration. She implored students to come together—to do something about it. Students caused the devastation, surely they could remedy it. Surely they could make something happen.

As an active member of the Student Government Association, Justin felt that it was his duty to help the problem in any way he could.

Rioters didn’t realize—or failed to consider—that the globe was much more than a piece of metal.
It was a gift. It was a landmark. It was a marketing material.
Although students regard him with disdain, former president Evan S. Dobelle displayed the globe outside to emphasize his vision to make Westfield State a global institution.

That same afternoon, Justin went into the SGA room with a heavy heart and President Liz Preston’s email on mind. He began talking to other senators of the SGA with whom he was close. These members, Dave Langlois, Meg Lucier, and Tori Landry, echoed Justin’s disappointment as well as his aspiration to remedy the situation.

After they got to talking, Justin, Dave, Meg, and Tori came up with the twitter hashtag #SaveTheGlobe. It was simple. It was brilliant. 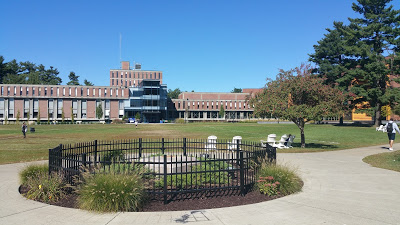 The Initiators were all members of the SGA, and each meeting the senate has a portion for announcements. Even more brilliant: they would use the SGA as their mouthpiece.
With the name of their group established and their self-promotion underway, it was time to seek out funding for a new globe.

These four communication majors eventually came up with the idea for #SaveTheGlobe’s first fundraising event. Since they had access to the resources in both the communication department and the TV Club’s technology, they decided to hold a campus-wide Mario Kart tournament. To capture students’ attention, the Initiators had the idea to broadcast the tournament on large screens throughout the third floor of Ely Campus Center. They even had commentators for the myriad races that took place. Ultimately, the #SaveTheGlobe committee raised about $500 on their very first event.

It was immensely successful, but with the goal of $15 thousand in mind, Justin and the other three Initiators were nowhere near being able to fund a new globe.

No, the #SaveTheGlobe committee needed more.

They began reaching out to alumni, asking those who may have shared their sentiment with the globe as a totem. An icon. A symbol.

But assistance from alumni wouldn’t come—not at first.

In addition, the Initiators wanted to have the new globe constructed by a coalition of local artists. Who better to create such a worthwhile masterpiece? Where else would they come across a giant globe?

In the meantime, they needed something. Tori, Dave, and Meg were all seniors. They were all to graduate in May 2015; they had started this movement, and though they knew they weren’t going to be able to see it through, they couldn’t abandon it. They had invested, financially, emotionally, spiritually.

That spirit would not die. They were going to reach students one-on-one.

Dorm storming is a tactic that many class councils and hall councils use to raise money for a specific cause, whether it be for a class’s funds or a residence hall. Basically, members from whichever group is fundraising infiltrate each residence hall, knock on doors, briefly explain their cause, and ask for money. Oftentimes, councils are able to acquire a helpful amount of money through dorm storming, especially when the process is repeated.

Most of what comes in through dorm storming is loose change–we’re college students, after all. It takes a while to count, and it’s hard to tell whether contributors are throwing in handfuls of quarters or handfuls of pennies. The same goes for the Initiators’ other tactic: pass the hat.

At different events, #SaveTheGlobe passed around a hat or some sort of collection device to obtain even more donations for their cause. In combination with the dorm-storm funds, Justin thought it seemed as though it might be a substantial contribution to the preexisting $500 from Mario Kart.

How substantial, though, Justin had no idea. The semester was coming to an end, and final exams became the Initiators’ main focus.

Over the course of Summer 2015, Justin had very little contact with the University. When he came back to Westfield in August, Justin became the sole member of #SaveTheGlobe. This massive project fell into his lap, and on top of holding a position as student trustee, Justin thought he was in for an immeasurably busy academic year.

Fortunately for him, though, as the classes seized for the year, the alumni donations did not. Former students of the University contributed so thoroughly to the cause that Justin returned to about $10 thousand in the fund.

He was only $5,000 off with an entire academic year before commencement.

But Justin was still the only remaining Initiator, and that in and of itself is daunting.

He kept his spirits high, though—but that isn’t very difficult for Justin to do considering his spirits are almost always at a steady bumble. Yet he admitted that it would have been more difficult without the momentum of the previous semester and the positive changes coming to the University with Ramon Torrecilha’s appointment as President of WSU.

In fact, the only time in which Justin’s ambition for the project fell down to a simmer was when he discovered how much it would actually cost to fund artists’ materials and the transportation and installment of the finished project.

With the various legal negotiations and RFPs for artist, the new globe would exceed the estimated $15 thousand goal.

Perhaps exceed is an understatement.

Given all of the estimated costs, Justin and those assisting his project predicted that the expenditure might cost anywhere between $100 thousand and $300 thousand.It was simply undoable—especially not if he hoped to have a new globe installed before Commencement 2016.

It was then that the thought came to him: why not just buy a globe? Was it a possibility?

After some research, Justin discovered a company out of Chicago called Giant Globes Inc. GGI is a company that manufactures large globe statues. Who knew?

Purchasing a globe from GGI would be within #SaveTheGlobe’s budget. If the Class of 2016 wanted a globe before they graduate in May, this was the only option. After consulting with the company, Justin discovered that the new globe would be seven feet tall. In addition, it would be suitable for the outdoors, unlike the former globe that was never meant to be exposed to the elements. The now-destroyed globe was a gift from Stanhome Family & Products, the former owners of the building that is now the Horace Mann Center. It was never meant to be outside. Also, it was never meant to include Australia, either. Stanhome Family & Products put a continent on the globe to represent each continent in which the company had an office location—they did not have an office in Australia.

When the globe was first donated to Westfield State, it was placed in the Ely Campus Center prior to its renovations in 2012-2013. Former president Evan S. Dobelle placed it on the campus green, partly to symbolize his vision of making WSU a more global institution.

That globe wasn’t fit to be outside—but the new globe will be. The new globe’s materials will not rust in the harsh New England winters, and the hinges at the base will be much stronger. The achievement of #SaveTheGlobe will stand the tests of both time and nature.

It will be installed before Commencement 2016, and those graduating in May will be able to gaze at the institutional emblem once again before they exit the homely humble campus community of Westfield State University.