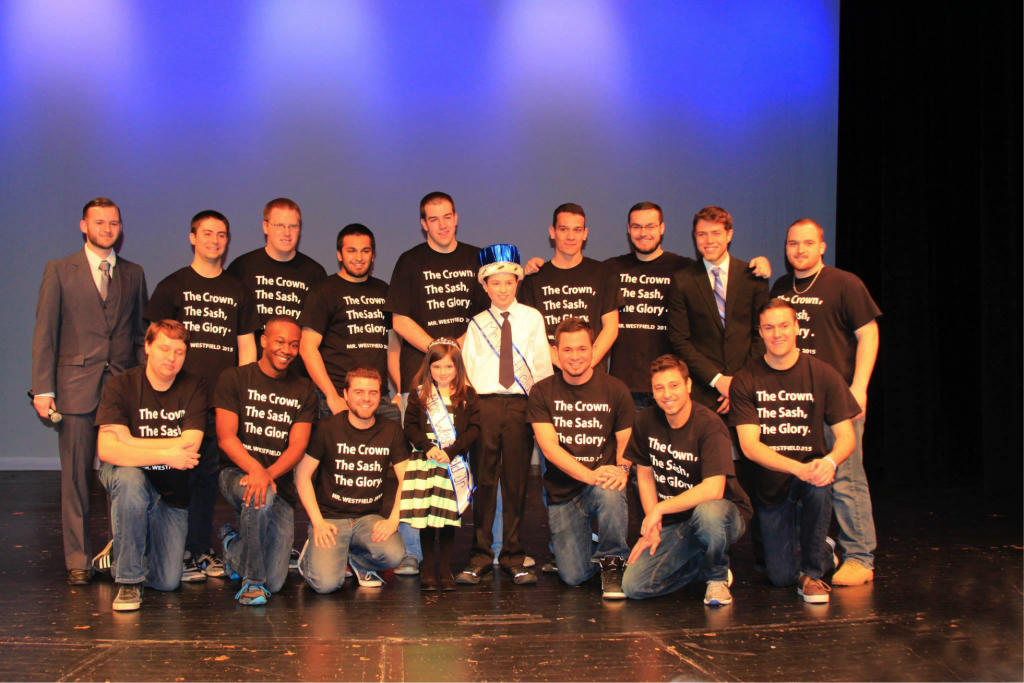 WESTFIELD, Mass., April 20, 2016- Westfield State University will host its fifth annual Mr. Westfield pageant on Saturday, April 23 at 8 p.m. on Dever Stage in Parenzo Hall. The pageant is the university’s annual fundraiser for the Make-A-Wish Foundation.

Organized by the Class of 2017 and Class of 2019, Mr. Westfield is a pageant that features some of the young men of Westfield State. Contestants will participate in a number of categories including talent, outfit of choice, question and answer, formal wear, and fundraising. The contenders are then scored by a panel of judges and one Westfield State student is crowned “Mr. Westfield.”

The Make-A-Wish Foundation is an organization that grants spectacular wishes for children with life-threatening medical conditions. On average, one wish is granted for a child every 37 minutes. The foundation thrives on donations from other organizations, such as Westfield State’s Mr. Westfield pageant.

Since 2011, the Mr. Westfield program has raised a total of $28,000 for Make-A-Wish Massachusetts and Rhode Island, and Westfield State University has raised approximately $62,000 total for the organization since 2006 through various fundraising efforts. Last year’s pageant raised more than $15,000 resulting in the granting of two wishes.

Each of this year’s contestants has been fundraising throughout the school year with goals ranging from $500 to $2,000.

2015 Mr. Westfield winner Justin Connolly ’16 of Walpole, Mass. said the event is an opportunity for students to work together towards a common goal.

“Mr. Westfield is an inspiring event,” Connolly said. “Having been a part of it last year made me realize what bringing members of our community together can really achieve. We were able to grant two children facing life-threatening medical conditions wishes that they will remember for their lifetime. The enthusiasm that the contestants bring to the stage is infectious. It invites the audience to join them in their goal to grant another wish.”

In addition to the main Mr. Westfield title, there will be three other honors awarded: the Mr. Congeniality award that all contestants vote on, Mr. Fan favorite chosen by the audience at intermission, and Mr. Fundraiser which will be awarded to the contestant who raised the most money for the Make-A-Wish Foundation.

Mr. Westfield is open to the public. Tickets are $5 for adults and $3 for students and will be sold at the door. All ticket proceeds will be donated to the Make-A-Wish Foundation.