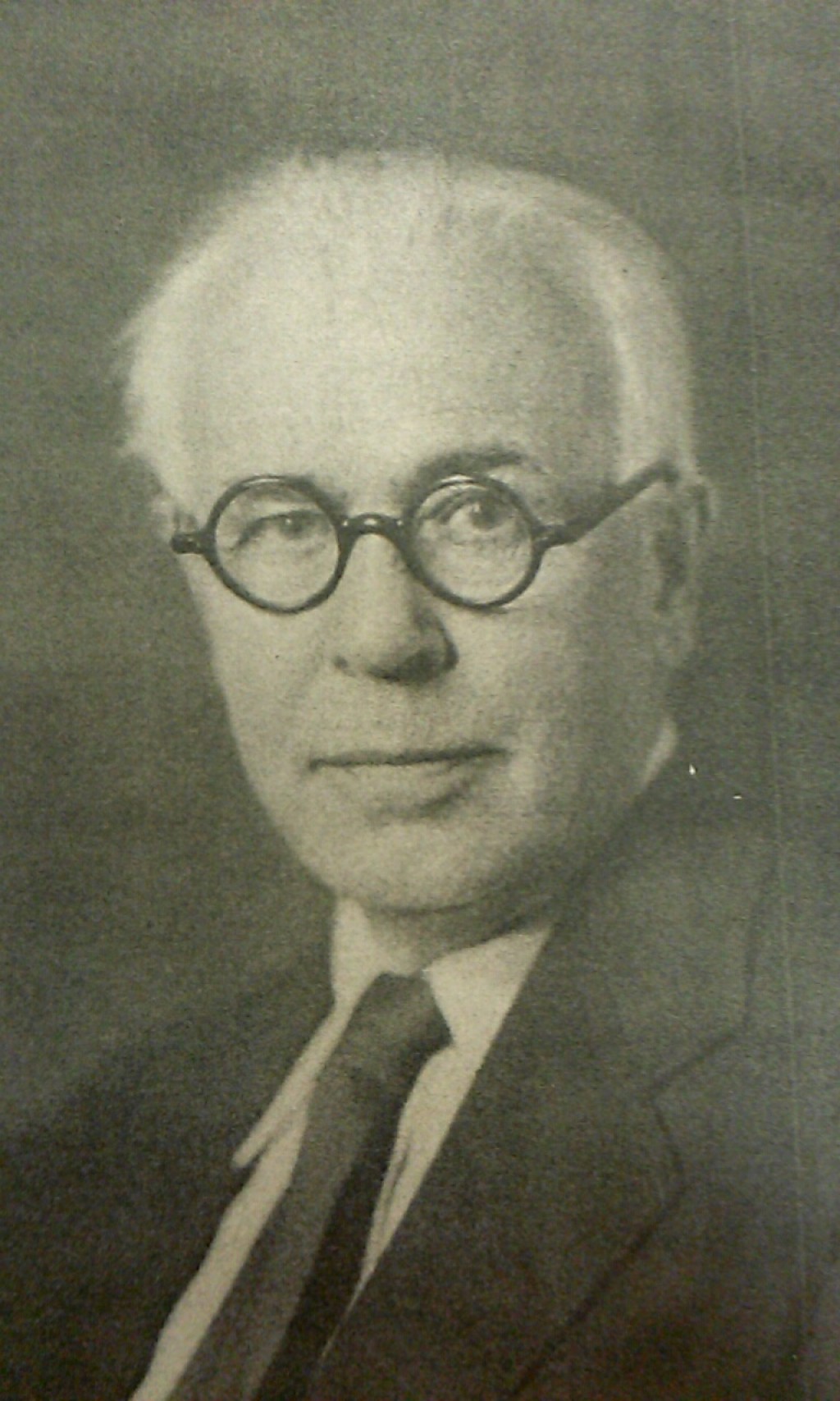 It was a late, balmy night when Lewis B. Allyn left work at the Westfield Testing and Research Laboratory on May 7, 1940. His black rounded spectacles covered the eyes of his square face, his gray hair blowing softly in the wind. He had donned the gray hair early in his life, giving rise to the nickname “little gray man” on account of both his hair and stature. He passed by the hissing gas lamplights in front of Westfield Gas and Electric that illuminated the building.

The buildings that Allyn passed on his brief trip home were certainly different than the ones we see today. Westfield was once known as an industrial town, and is still known today as “whip city” because of its significance in their manufacturing of them.

Today, it is undoubtedly a college town, with Westfield State University continually expanding and increasing their presence in the downtown area. A recently leveled lot sits parallel to the right of Allyn’s former research laboratory. The Maple Leaf sits behind it, with the Central Baptist Church directly across the street.

One can speculate what Allyn was listening to on his ride home. Jazz music was dominating the airwaves, with the likes of Duke Ellington and Benny Goodman the figureheads of the time. Alternatively, he could have been listening to updates on the recent war that was occurring in Europe.

World War II had started seven months prior, with Germany and the Soviet Union invading Poland and causing much alarm from the United States and its European allies. Americans were beginning to feel the heavy weight of the Great Depression lifted off of their shoulders, and President Roosevelt assured the American people that they would remain neutral in the war.

Allyn went up Western Avenue, stopping at house number 69. It is important to note that Western Ave was not the long stretch of road filled with potholes we have come to know—and perhaps hate—during our time here at Westfield. Stanley Park was not yet established to provide a welcome distraction to parents and kids alike. Westfield State University did not line the road with its buildings; instead, it was known as Westfield State Teachers College and was located on Court Street, of which Allyn was a former student and professor.

Allyn lived in what was considered an exclusive neighborhood, and he had a very nice home. A bare tree stood in front of the sidewalk, a few plants plotted along the walkway that lead to his porch. The porch extended from the front of the house to the right side, and was lined with a few chairs. He opened the brown two-paneled door, fit with with two rectangle windows, and put away his coat.
By the time he entered his home, it was about 10:30 P.M. He brought his wife upstairs to bed and retired to the first floor parlor to read. He sat in a cozy chair in the tight corner directly to the right of the front door. He was hoping to relax after coming under increased stress over the past several weeks.

Allyn’s work had attracted much attention; he was developing preservatives that could be used to make food last longer. He had made a patent for it four years earlier, and was in the midst of perfecting it.

Along with the development of vitamin preserving, he also wrote articles for magazines. Allyn was, most notably, the food editor for McClure magazine, which was famed for its “muckraking” journalism and a championing of progressive causes.

Allyn endorsed fords that were good for the body and free of impurities. This would cause tension between Allyn and the food manufacturers that did not meet Allyn’s standards for food. During this time, Allyn was not paranoid of food manufactures, but something much different.

Allyn had been telling friends week prior that he had gown weary of suspected Nazis who were attempting to take his patent for vitamin preservation.

He was hoping to relieve his anxieties with a good book. He had been reading “The Gun” by C.S. Forester, which tells a fictional story set during the Peninsular War between Napoleonic France and the Spanish. It describes a huge bronze cannon used by each side, which lead to success in battle, but increased brutality. Eventually, each person who falls under control of the gun ends up being killed in some way.

As he was delving into the book, he heard a ring at the door. He placed the book face down on the floor, making sure he kept his place. He rose to answer the door and moved a few steps away from his chair. There was an argument and increased shouting. Soon a struggle ensued, and four pops ran out.

Allyn was shot under his right eye, on top of his mouth, and in his chest and stomach. One bullet hit the door to the upstairs; the hole from the bullet remains today. He collapsed to the ground. The perpetrator turned Allyn’s pockets inside out, searching for anything of value, and quickly fled.

Allyn was in shock; he staggered into his kitchen and to the sink for water. Allyn then retreated back to the front of the house, where he fell next to his chair and the book he had set down just moments before

Mrs. Allyn came down to see the horrific scene: her husband, brutally shot and lying in his own blood next to the parlor chair.

She called the authorities, and brought his body into the middle of the hallway, a few feet out of the parlor and directly in front of the door the assailant had entered