After seven long years, we finally get to see a rematch between two of the biggest names in the hockey world. Alexander Ovechkin and Sidney Crosby will meet once again in what will surely be a matchup of a lifetime. The two met once before in 2009, and it was a series of fireworks. Now older and wiser, this could be even better than before. 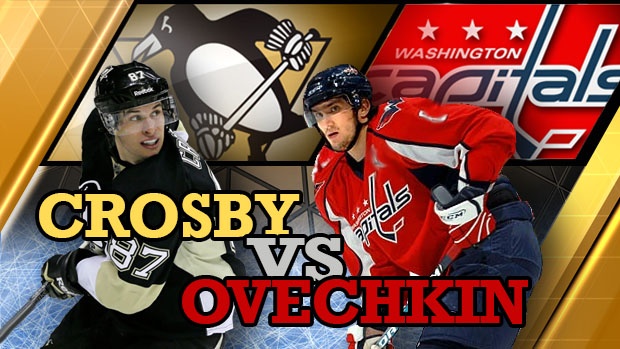 Crosby and company comes in after an impressive series win over the Rangers. This Penguins team looked shaky months ago, but now looks better than ever. Crosby can be attributed to a lot of that success; he is the true leader of that club. The goaltending and Evgeni Malkin will need to be huge this series. They will need that second tier of guys after the big guns to play with Washington, and their goaltending cannot be like it once was.

Ovi and the Caps look unstoppable; look at the first three games against Philly. After those three—yes, they were shaky—this team has come together. They have a big cast of stars, and it starts with number eight. He will be the guy that Pittsburgh will try to contain, and that is nearly impossible. Along with Oshie and Williams, he will have to be the force that especially needs to step it up.

After watching the two series previous, it’s a fans dream to see them matchup against each other once again on the big stage. The two went to seven games seven years ago, with Pitt taking game seven in Washington. Now looking at it, it’s a near mirror image, with Washington being the powerhouse and Pitt being the underdog.

What separates the two for sure is the hardware. Crosby has the ring and the gold medal. While Ovi has his scoring titles and other various awards, he still lacks a cup on the resume. This is his best chance to almost even the playing field when it comes to the trophy case. I do not think he will ever get the medal, but the cup could be his if they get by Pittsburgh.

I think I am taking the Caps in six in this series, and I think they win games one and two at home. They will probably drop games three and four in Pittsburgh, but get the wins in games five and six. I think the power of the supporting cast is something that aides number eight a bit more than Sid the kid.

We are on the verge of the battle between two of the biggest superstars in the world of hockey. If you miss a second of this action, then I truly believe you are missing out. These two teams and two players have no love for each other. I really hope my pick is right, but I would be ecstatic for seven games of Sid v. Alex. We may never see this again, so let us cherish these moments.

The idea of the nation

Not-barking up the Wrong Tree