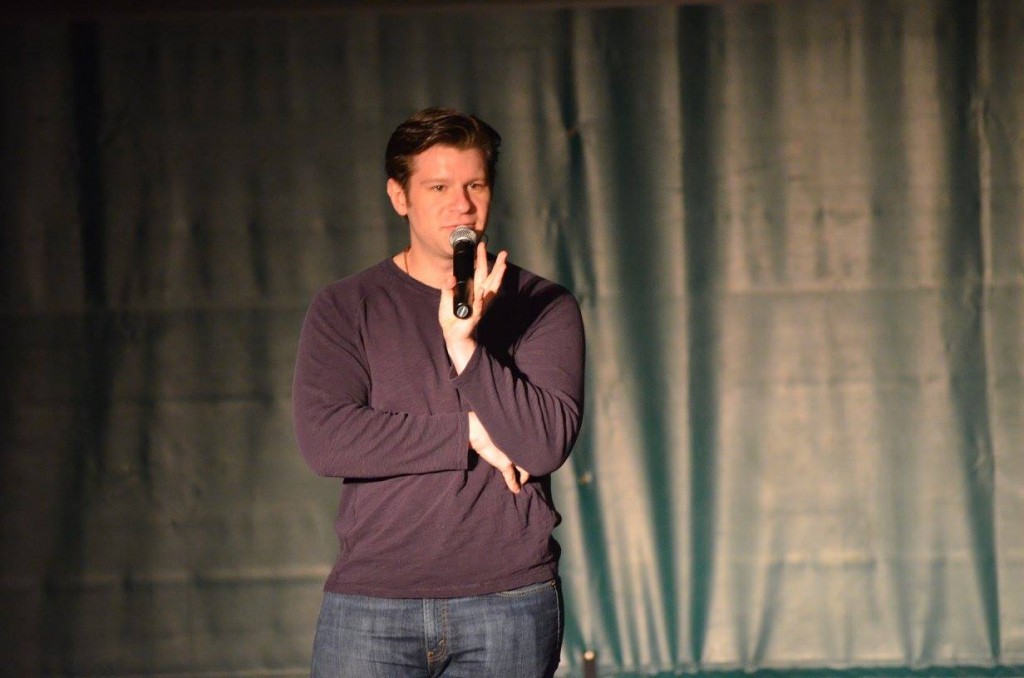 Comedian Chris Scopo attempts to engage with a crowd of WSU students, faculty, and staff during his act on Saturday, April 30 in the Woodward Center.

When Chris Scopo began his comedy routine, the crowd was erupting with applause. Not too long after did that roar of applause turn quickly into awkward glances and slow, broken claps.

The Woodward Center’s gymnasium was full to the brim with students and professors eagerly waiting for a good laugh, and so was I . . . except that never really came in the opening act.

Instead, I was thinking of an escape route out of this awkward situation. Not only this, but also I was thinking about who thought that having this “comedian” was a good idea in the first place.

I was appalled that people were even laughing at this man. I was being bombarded left and right by transphobic jokes and homophobic references. I looked around to see if anyone else was witnessing what I was witnessing, almost hoping it was all in my head. To think that my University, which I respect, did not take the time to do heavier research on this man was horrifying.

As a gay man, I was disgusted. As a human being, I was outraged. As a student at this University, I was hoping for a few laughs at SpringFest, but the only thing that I felt was regret that I did not go home that weekend.

We live in a society where most people would just want to shove this under the rug, but it needs to be talked about, especially in recent light of transgendered people being discriminated for Target’s new gender neutral bathrooms.

Not only did this man focus on attempting to make transgendered people a joke, but also acted as if he was revolted by the idea, and that they were not considered a “real girl or real boy.” I know this is not what our school represents, but to let this slip by makes it seem like everything that man said was okay.

By saying nothing, we will only continue to not take a stance on something that is this important, not make the ignorant realize just how ignorant they are, and not allow for our voices to be heard.

But I mean, Andrew Schultz and Matthew Broussard from Girl Code were pretty funny to make light of the matter.