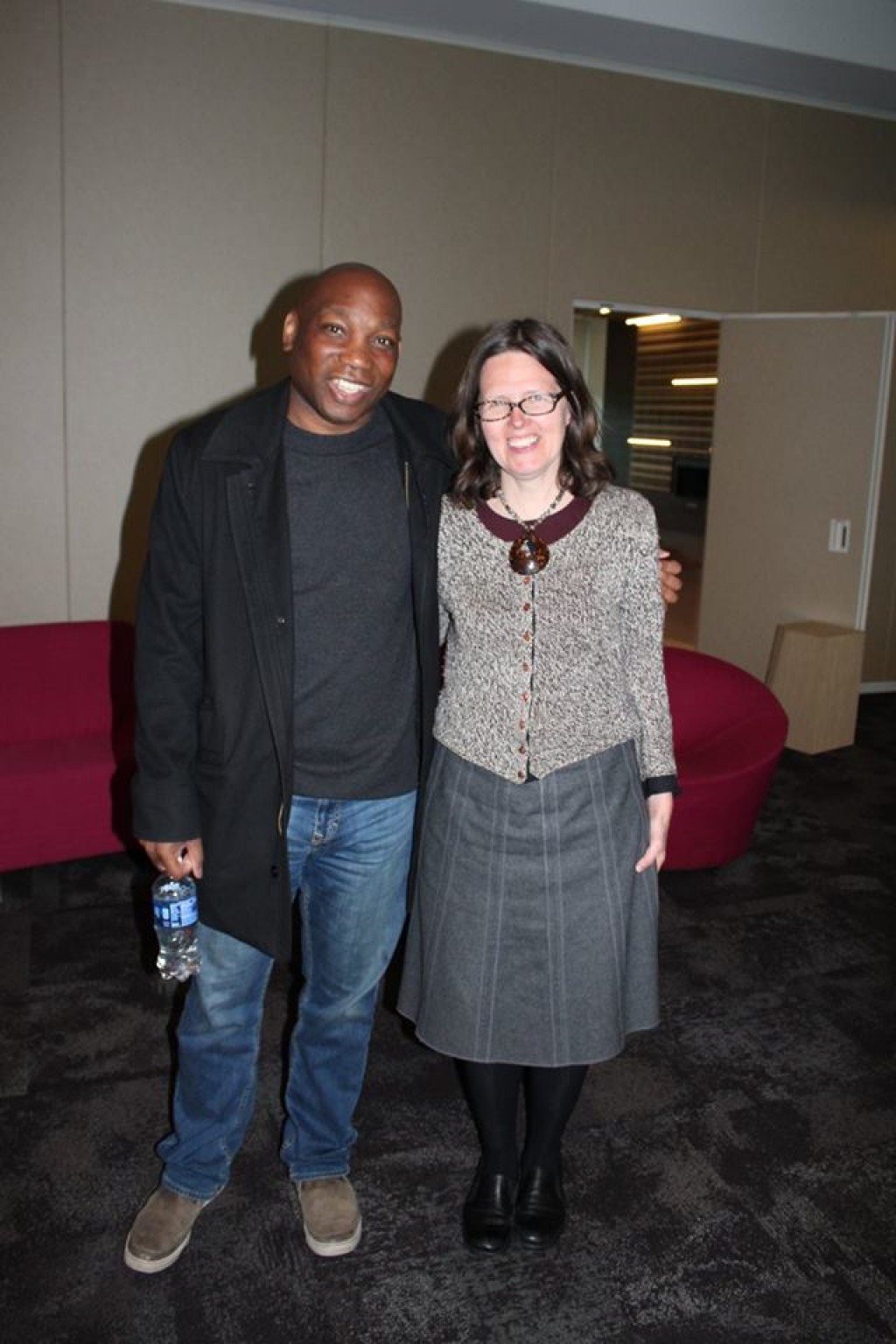 Howard Bryant stands with Emily Todd,
the department chair of the english department

This past Monday, ESPN writer and on-air personality Howard Bryant came to campus to discuss sports journalism and the current state of sports in America. As an aspiring sports journalist and broadcaster, this appearance interested me very much.

I am pursuing a double major in English and communications, and I also do broadcasting for Westfield athletics, so I was very interested to hear what Mr. Bryant had to say.

It just so happens that, as I was on my way over to University Hall to attend the discussion, I ran into a very confused Mr. Bryant trying to find the correct building. After introducing myself, I guided him in the right direction.

The discussion was a great opportunity, as there were significantly less people there than I was expecting. It was great to hear from someone inside the world of sports on a personal level.

In the short time before the discussion began, I got to see a quick glimpse into what Bryant’s life consists of. He said that he caught a red-eye flight from San Francisco to Chicago, and then to Bradley International Airport.

The lack of sleep didn’t seem to affect him, though; I’m sure he’s used to it in his profession. It was around the time when he was telling us about a snowstorm that almost jeopardized an interview he had with Bill Clinton that I realized this visit to our campus was small potatoes in the life of Howard Bryant.

Though Mr. Bryant is a somewhat recognizable figure at ESPN due to his television work and articles, he distanced himself enough from the company to be able to delve into some of the more juicy topics that an on-air personality might not normally discuss. For example, Bryant opened up a lot about his unwillingness to succumb to the “celebrity” side of working at ESPN like some of his colleagues have, comparing himself to the likes of Stephen A. Smith.

“I’m not out there doing Oberto Beef Jerky commercials, but then again Stephen A. drives a BMW and I don’t,” he said. 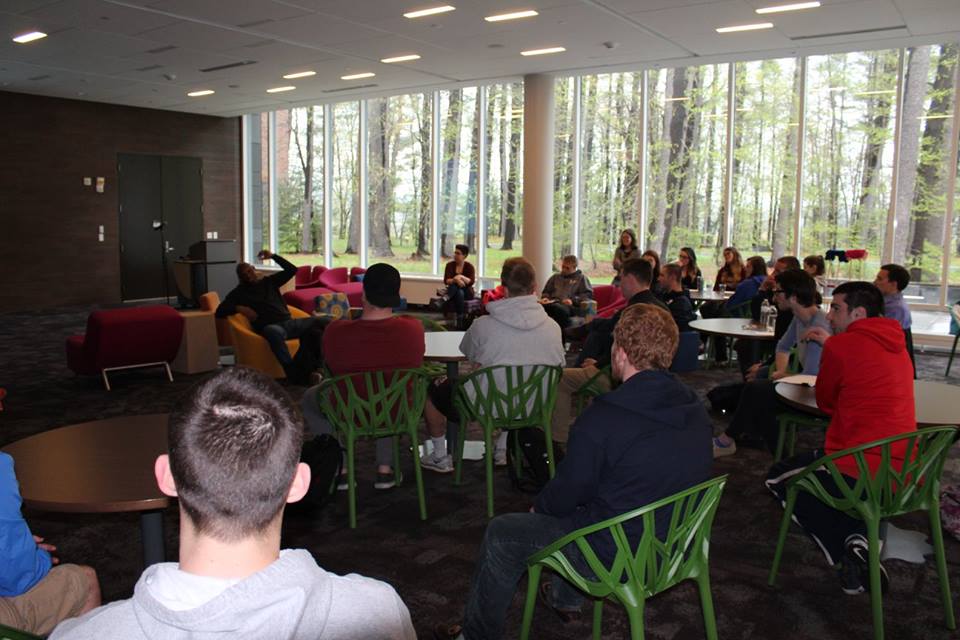 In his time here, it became clear that Bryant walks a fine line between fame and his own personal interests. He distanced himself from more infamous on-air personalities, such as the cast of Around the Horn, a popular sports entertainment show that airs weekday evenings on the network.

“I love those guys, but I have it specifically stated in my contract that I don’t do Around the Horn,” he said.

Of course, there’s a tinge of humor here, as there was with the majority of Bryant’s freeform speech. Rather than focusing on the more trivial aspects of sports, Bryant devotes his time to higher causes that matter to him.

He spoke at length about the importance that his first book, “Shut Out: A Story of Race and Baseball in Boston,” had on his career. He also recounted a story of a confrontation he had with a Red Sox player regarding a story he wrote about the player in The Boston Globe, further emphasizing his place as a journalist that is not afraid to walk the line.

When I asked Bryant how his extensive and diverse work history—which includes stops in California, New York City, Boston, and Washington D.C.—has af 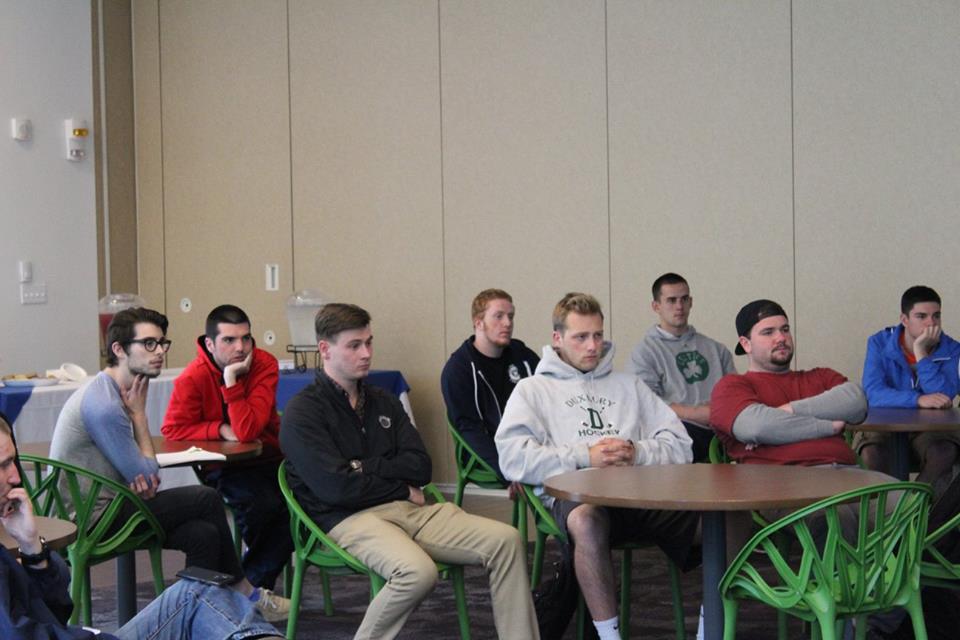