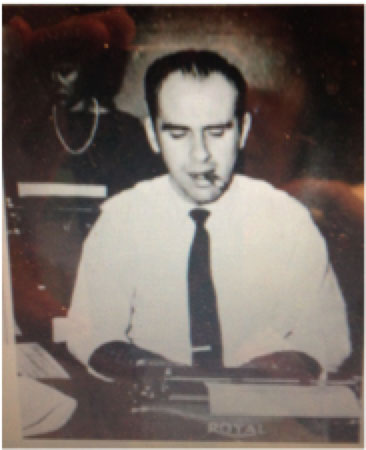 (Photo from WSU Dept. of Communication)

In 1985, the Westfield State communication department gained a faculty member who later became a mentor to many journalism students to come. But before his life at Westfield began, his life was strictly journalism. Professor Henry O. Wefing Jr. worked full time at three different newspapers in his home state of New Jersey, and later taught at Norwich University and the University of North Carolina. He went on to write his own textbook for the “Writing for the Media” class, and was an admired professor through all departments. Professor Wefing taught journalism courses until 2014 when he was diagnosed with lung cancer, and he tragically passed in May of 2015.

In memory of Professor Wefing, the communication department has come together to create The Henry Wefing Journalism Scholarship Fund to keep his memory alive and further educate students on journalism, like Professor Wefing spent his whole life doing. Through this scholarship comes the first ever golf tournament—held in Professor Wefing’s name—to raise money for the scholarship and commemorate the love that he had for the sport.

The Henry Wefing Memorial Golf Classic, otherwise known as “The Wef” after the beloved professor’s nickname, will be held on Friday, September 30 at 10 a.m. at the Tekoa Country Club. The Communication Department is actively looking for golfers. The greater the turn out, the closer the tournament will be to reaching their $25,000 goal.

The cost to participate for students is only 35 dollars, which includes 18 holes of golf, lunch, and a dinner reception to follow.

Is the iPhone 7 worth it?