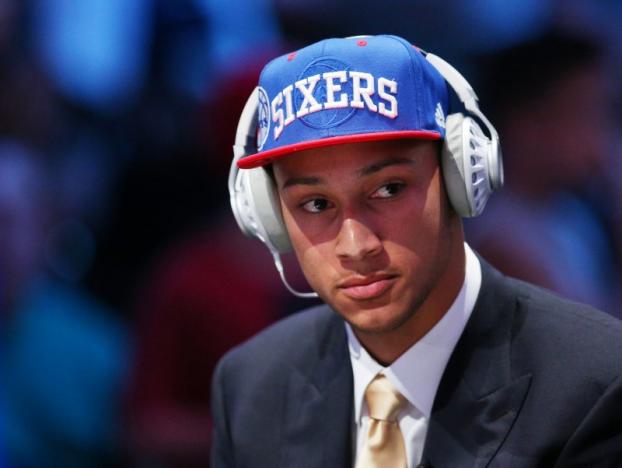 For the past five years, being a fan of the Philadelphia 76ers has felt a lot like being stuck in traffic on I-95 on the way to Six Flags. The end of the journey holds so much promise. A young core with so much potential, yet injuries, stubborn European teams, and overprotective agents have set the project back to a slow, crawling pace.

Once again, the Sixers have been met with a most unfortunate circumstance: Ben Simmons has undergone surgery to repair a Jones fracture in his right foot.

The injury is particularly hard to swallow, as it occurred just before the start of preseason.

Furthermore, there are now rumors circulating that Simmons’ agent Rich Paul wants to keep him off the court for the entire 2016-17 season. This would be a huge loss for a team that was expected to finally take a leap forward in their rebuilding process.

The bulk of the 76ers rebuild began back in 2013 when the Sixers acquired Nerlens Noel and a 2014 first-round pick for Jrue Holiday and Pierre Jackson. Noel’s 2013-14 season was the first of many disappointments in the 76ers rebuild; he missed the entire year recovering from knee surgery.

In the 2014 draft, the 76ers took Joel Embiid, a seven-footer out of Kansas. Since then, he’s sat on the bench eating onion rings, and hasn’t seen any game action whatsoever. Supposedly, he’s fully healthy and ready to play this year, but I won’t believe it until I see it.

Perhaps the worst thing about Embiid, however, is that just because he is now fully healthy, doesn’t mean he’s going to be any good. This guy has very little basketball experience, and early reports from 76ers scrimmages indicate that he appears rusty.

Just because a guy is seven feet tall and played well in college doesn’t mean he can play in the NBA. Heck, Greg Oden got cut by the Jiangsu Dragons of the Chinese Basketball Association earlier this year.

In that same draft, the Sixers traded for another rookie, Dario Saric, who has yet to see an NBA Court. Another big man, Saric stands at 6’10” and comes to Philadelphia from Turkey. Because of the aforementioned Simmons injury, Saric could be in line for big minutes in the first half of the season.

It’s difficult to project the impact Saric can have in the NBA, but the silver lining is that he isn’t coming off two years of inactivity like Embiid. Rather, Saric has been waiting for this moment for several years now, and with the Simmons injury, Brett Brown will really be able to get a good look at the young prospect.

Then there’s Jahlil Okafor. Heading into the 2015-16 season, Okafor seemed like the Sixers’ savior. As the season progressed, it seemed as though Okafor regressed and began to blend in with the other flawed young prospects on the 76ers roster. Heaping onto the other concerns about Okafor, it’s almost impossible to bring his name up without trade talks. One has to wonder: How long he will even be playing in a Sixers’ uniform?

Finally, there’s Ben Simmons. Coming into the league with comparisons to none other than King James himself, Simmons was going to be the butane that finally ignited the Sixers. Nope. While the possibility of that still exists for the future, the injury, surgery, and agent rumors have delayed Philly’s ray of hope yet another year.

The onslaught of setbacks suffered by all of these players highlight a fatal flaw in the 76ers’ rebuilding plan: Are we even sure any of these guys are good? It’s one thing to trade for Al Horford or DeMarcus Cousins; those are known commodities. But the 76ers are banking their entire future on players that haven’t even proven they can make an NBA roster, and there is no veteran presence to man the ship among the turbulent tides.

Andre Igoudala? Gone–with a ring, by the way. Jrue Holiday? Traded to the Pelicans for the confusing and occasionally underwhelming Nerlins Noel. Even Michael- Carter Williams, a player who would be considered a young guy on most NBA rosters, could’ve been valuable leadership through the 76ers’ horrific 2014-15 and 15-16 seasons.

While other rebuilding teams like the Celtics solidified their roster with veteran players while building a young core, the 76ers let Sam Hinkie perform the NBA version of Honey, I Shrunk the Kids and systematically screw everything up year after year.

As a 76ers fan, I will watch the beginning of this season hoping–no, pleading–that Joel Embiid and Dario Saric somehow become the great players they were prognosticated to be, while also knowing in the back of my head that we’re in for another year of “next year.”