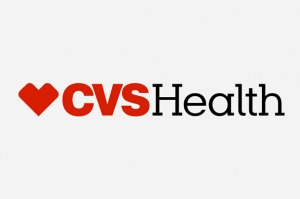 Atlanta, GA – MAY 4, 2016 – The American Cancer Society (ACS) and CVS Health today announced a three-year, $3.6 million initiative to provide grants to 125 institutions of higher learning to help accelerate and expand the number of 100 percent smoke- and tobacco-free college and university campuses throughout the United States.

The partnership creates the Tobacco-Free Generation Campus Initiative, part of a nationwide effort to deliver the nation’s first tobacco-free generation. With funding from the CVS Health Foundation, ACS will award grants to colleges and universities in 19 states with the greatest need for stronger smoke-free campus policies to help them take a comprehensive approach to implement tobacco-free campus policies, including cessation, education and support. Twenty-five grants will be awarded in the first year and 50 will be given out in each of the second and third years.

“The American Cancer Society and CVS Health are targeting an important age group at a critical time to improve public health for generations to come,” said Howard Koh, former Assistant Secretary for Health for the U.S. Department of Health and Human Services and current professor of the Practice of Public Health Leadership, Director of the Leading Change Studio at the Harvard School of Public Health. “It is a great example of how public-private partnerships can aggressively move one step closer to a tobacco-free generation.”

The ACS initiative is part of Be The First, CVS Health’s newly announced five-year, $50 million campaign that uses education, advocacy, tobacco control, and healthy behavior programming to tackle tobacco use, the number one cause of preventable deaths in the United States, and deliver the first tobacco-free generation. In 2014, CVS Health became the first national pharmacy chain to eliminate the sale of cigarettes and tobacco products from its stores.

“This partnership with CVS Health allows us to help make campuses tobacco-free using proven strategies that will reduce smoking and tobacco use rates among this population,” said Cliff Douglas, vice president for tobacco control and head of the American Cancer Society’s Center for Tobacco Control. “Creating a tobacco-free generation is a lofty goal, and reaching it requires a broad spectrum of strategies targeting multiple audiences. To be successful, it is imperative to prevent and stop smoking among college students.”

The data are clear that college age is a critical time to reach young smokers and those who may begin smoking and using tobacco:
• Based on current rates, more than 1 million current college students are projected to die from tobacco use in their lifetime. An estimated 5.6 million children alive today will die early from smoking if more is not done to reduce youth smoking rates in the U.S.
• More than 3,800 kids under the age of 18 smoke their first cigarette each day, and 2,100 youth and young adults become regular daily smokers.
• About 90 percent of smokers start by the time they are college age and 99 percent start by age 26, according to a 2012 U.S. Surgeon General’s report.

Despite these statistics, only 1,483 of the 4,700 U.S. college and university campuses—fewer than one in three—are completely smoke-free, and only one in four (1,137) are completely tobacco-free, according to data compiled by the Americans for Nonsmoker Rights. The barriers for colleges and universities to implement tobacco-free campuses often simply come down to the costs amid other financial constraints. Those costs include resources to develop and implement the tobacco-free plan, associated educational and other collateral materials, and smoking cessation offerings to help students and faculty quit tobacco.

Research has shown smoke-free policies curb campus smoking. Indiana University became a tobacco-free campus in 2008 and reduced smoking prevalence from 16.5 percent in 2007 to 12.8 percent in 2009. University of Michigan became tobacco-free in 2011, and after 11 months, the smoking rate dropped from 6 percent to 4 percent.

“Creating smoke-free campuses will move us one step closer to delivering the first tobacco-free generation,” said Eileen Howard Boone, Senior Vice President for Corporate Social Responsibility and Philanthropy for CVS Health, and President of the CVS Health Foundation. “Together with ACS, we can help ensure college-age youth stay tobacco-free through campus policies, increased education and awareness of healthy behaviors. We are at a critical moment in our nation’s efforts to end the epidemic of tobacco use, and it is through partnerships like this one that we will be successful.”

The American Cancer Society
The American Cancer Society is a global grassroots force of 2.5 million volunteers saving lives and fighting for every birthday threatened by every cancer in every community. As the largest voluntary health organization, the Society’s efforts have contributed to a 22 percent decline in cancer death rates in the U.S. since 1991, and a 50 percent drop in smoking rates. Thanks in part to our progress, 14.5 million Americans who have had cancer and countless more who have avoided it will celebrate more birthdays this year. We’re determined to finish the fight against cancer. We’re finding cures as the nation’s largest private, not-for-profit investor in cancer research, ensuring people facing cancer have the help they need and continuing the fight for access to quality health care, lifesaving screenings, clean air and more. For more information, to get help, or to join the fight, call us anytime, day or night, at (800) 227-2345 or visit cancer.org.

The Most Popular Entry-Level Jobs and Companies for College Graduates