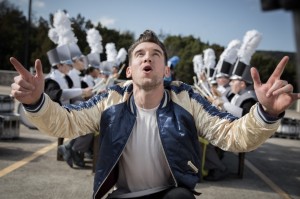 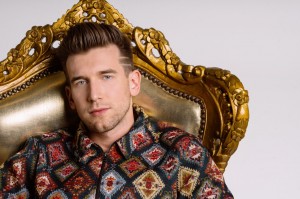 Atlantic recording artist Max Frost has announced the release of his new single and video. “Good Morning” is now available at all DSPs and streaming services and will soundtrack a major advertising campaign launching bubly, PepsiCo’s new line of flavored sparkling waters.  The commercial will get its primetime television premiere during the highly anticipated 90th Academy Awards, airing live on ABC on Sunday, March 4th at 5 pm PT (check local listings).

“Good Morning” heralds the producer/multi-instrumentalist/singer/songwriter’s long awaited debut album, executive produced by Michael “Fitz” Fitzpatrick of Fitz and the Tantrums. Mick Schultz (Rihanna, Jeremih, YG), produced much of the album, which is due to arrive later this year.

Named by both NPR and Rolling Stone as one of “10 Artists You Need To Know,” Max Frost has earned acclaim with his unique musical merging of soul, funk, hip-hop, and pop that saw 2013’s breakthrough single, “White Lies,” lauded in such high profile national outlets as Interview, Billboard, Paste, and NPR Music. Frost has since toured extensively with his captivating one-man-band performances earning him coveted slots at festivals such as Austin’s ACL Music Festival, Dover, DE’s Firefly Music Festival as well as multiple sold out headline tours and supporting slots with Gary Clark Jr., Fitz and the Tantrums, Honne & more.

Frost has also become an in-demand collaborator in his own right, including collaborations with DJ Snake for his most recent single, “Broken Summer (Feat. Max Frost)” as well as upcoming projects with Elton John x DJ Mustard, and Whethan all due out this Spring.

Max has previously released two EP’s, “Low High Low” and “Intoxication” featuring four consecutive singles to hit #1 on HypeMachine’s “Most Popular Tracks on Blogs Now” chart.   The music has also appeared in countless syncs ranging from a Beats by Dre commercial to TV shows such as The Brave (NBC), Power (Starz) and much more.