Mia Houser pitched three innings, striking out two hitters, and went 3-for-3 at the batting with a walk, two runs, and three RBIs to help the Westfield Starfires 12U Little League Softball team beat Chicopee 9-5 in the regular-season district final at Sadie Knox Field Thursday night.

Following the team’s post-game celebration, Houser remarked, “Honestly, with all of the loving faces on the field, I just knew I wanted to do it for them.” “I had a great time.

” Chicopee’s lead-off batter, Sami LaFlesh, put forth a valiant effort to get to Houser early. In the top of the first inning, LaFlesh drove in the game’s first run by hitting a triple to the right-center field fence and scored on a wild pitch. The visitors were up 3-0 after two mistakes and two hits.

Westfield responded very immediately. Houser reached third base on an overthrow after walking and stealing second base. Maddie Hess took a walk and swiped second base.

Chicopee pitcher Sienna LaFlesh fought back to strike out the next three batters after walking three straight batters to start the game. Despite this, Westfield managed to score a run when Neeley Grosse reached on a dropped third strike and advanced to second base on an infield error.

Hess scored on the play, trimming the team’s deficit to 3-2.

From the mound, Houser dominated the second inning, retiring all three hitters in order. She struck out the first two batters of the inning before forcing a ground out.

The free passes continued to benefit Westfield’s offense. With a base single through the left side of the infield, Houser drove in two runs. She then stole two bases and scored when a pickoff attempt failed. The home team had a 5-3 lead.

Houser explained, “I simply kept going.” Even though it was getting dark at Sadie Knox as night fell on a gloomy day, Westfield’s defensive awareness shone brightly in the third inning.

Sami LaFlesh sought to get things going for Chicopee with Hazel Olsen into a pitch for Houser. LaFlesh reached base on a single, stole second, and went to third on a wild pitch.

Olsen, on the other hand, induced a double play when Raeghan McGrath caught a line drive in the air at shortstop and doubled up the base runner faking his way home with a throw to Houser who was now at third.

In the bottom of the inning, Westfield added two more runs. McGrath singled and moved to second base on a misplayed outfield ball. Even though Sienna LaFlesh struck out the next two hitters, the home team rallied. Houser followed with a run-scoring single after Olsen hit an RBI double. The softball team of the Starfires presently has a 7-3 lead.

In the fourth inning, Chicopee took advantage of several Westfield errors to pull within two runs, 7-5. Both scores were recouped by Westfield, who scored one run in each of the fourth and fifth innings. McGrath drove a run-through with a ground out in the fourth inning, with runners on second and third courtesy of a Ryleigh Chistolini hit-by-pitch, Grosse single, and a wild pitch.

Ari Cestroni singled, stole second and third bases, and scored on an infield error in the fifth inning. 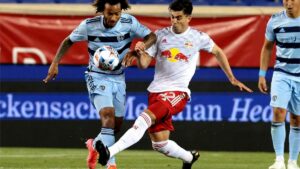 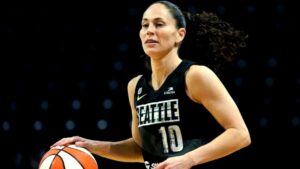 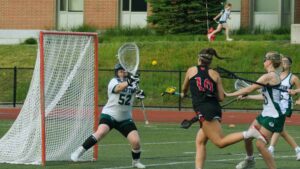 No.16 Grafton Beats No.17 Westfield In D2 Girls Lacrosse State Tournament Round Of 32!!